Does it matter where tyres are manufactured? Is there a difference?

Globalization: Is It good or bad? If we talk about tyres, globalization is definitely good for the Ukrainian consumers. But let's talk about everything in order. 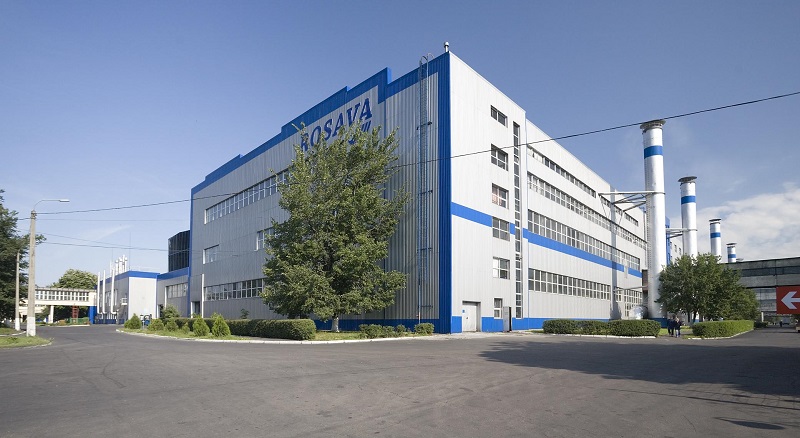 Producers of Fast Moving Consumer Goods have learned to bring their production closer to the consumers, to the place where there is good demand, and where taxes are lower and labour is cheaper. The world's largest manufacturers of food products, electrical goods, household chemicals, auto components and even automobiles have built their factories in countries with a deep and promising market.

The above applies to the tyre industry as well, although it is expensive and administratively challenging to build a full-cycle tyre factory. Tyre manufacturing is a complex process. At the same time, up-to-date technologies make it possible to make a product with the required qualities almost anywhere in the world. You just need to have the appropriate capital and well-developed production process. 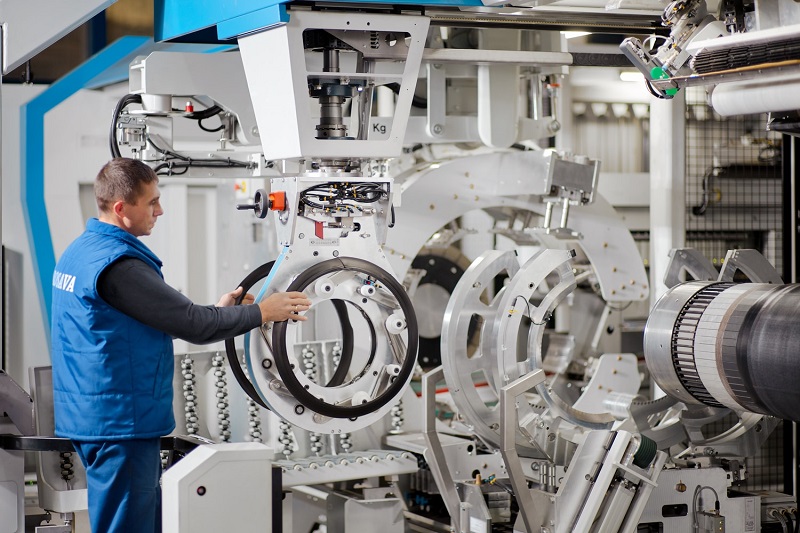 For this reason, many recognized leaders of the tyre world, even those who have several factories producing their own brands in different countries, have so-called contract manufacturing. This means the ordered products are made at an independent enterprise, but under the customer's trademark. In this case, the brand owner provides the manufacturer with the necessary documentation and checks the equipment for compliance with the customer requirements. The customer's technology must also be followed at all stages, from the purchasing of raw materials to the packaging of finished products. The whole process is monitored by special brand representatives.

Many well-known manufacturers produce their tyres under this principle. Moreover, many of them prefer to have both their own brand production and contract production in Eastern Europe. This could be explained by the fact that in the former socialist countries there were quite a lot of tyre factories, which eventually reached the state-of-the-art level. Nowadays, such factories are located in the Czech Republic, Slovakia, Slovenia and Poland. Several years ago, Ukraine has entered this list. 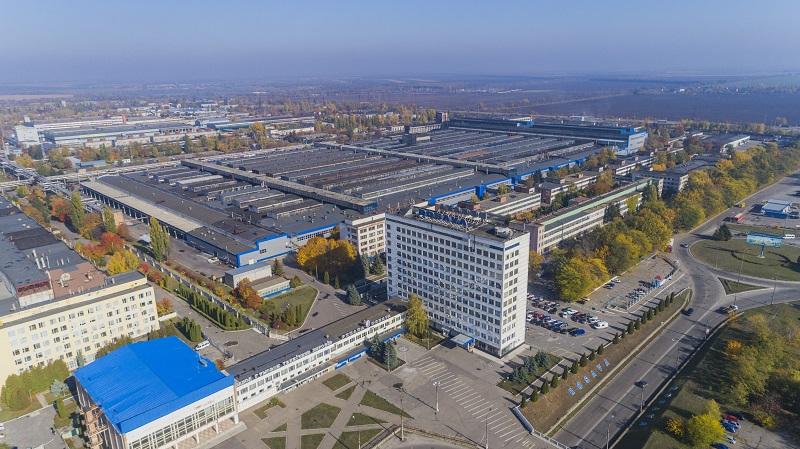 We managed to keep functioning one of the tyre factories inherited from the Soviet Union. And today "ROSAVA TYRES" (Bila Tserkva, Kyiv region) is the up-to-date full-cycle enterprise and the only tyre manufacturer in Ukraine. The production sites are equipped with German, Dutch and Slovak equipment. A full cycle means the entire production chain, starting from the development and compounding (mixing of rubber to get compounds for tyre parts) to assembly, curing and control of the output characteristics of the finished product.

In fact, there are not so many factories around the world which mix their own compounds, and the Bila Tserkva tyre factory does have its own Mixing Department. Here, at the beginning of the 21st century, some of the world's tyre manufacturers ordered the production of so-called commercial rubber compounds. This information was kept confidential under the contract.

Today, ROSAVA TYRES produces more than 250 sizes of passenger car, light trucks and commercial vehicles tyres under Rosava and Premiorri brands, and agricultural tyres under ROSAVA-AgroS brand. Besides, some customer's brand products are manufactured under off-take projects. It should be noted, that Bila Tserkva tyres are being sold practically on every continent: in Europe and Asia, Africa and America, Australia and New Zealand. 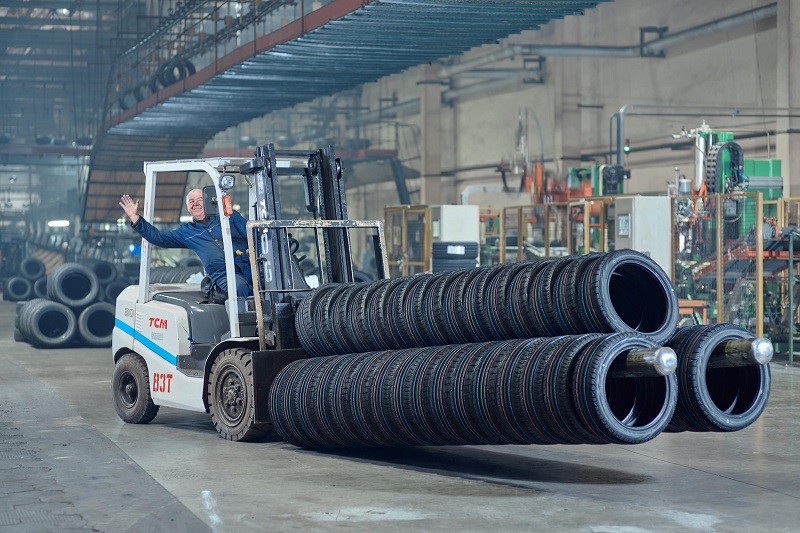 What are the benefits of it for a Ukrainian driver, who has never been to Africa or America? Everything is quite simple: he can buy high-quality tyres with world-class characteristics at home and at a "Ukrainian" price. These tyres are produced on the same equipment as tyres for Europe, America and other export markets.

Each tyre manufactured at the factory undergoes 100 percent quality control of output characteristics, a set of bench and certification tests to determine the compliance of its quality and safety indicators with state and international standards (requirements of the UN Rules). Besides, all tyres are mandatory certified for compliance with the requirements of the European Commission for wet grip, noise level and rolling resistance at the IGTT Science and Technology Center (Czech Republic) and the IDIADA Test Center (Spain, France). Test results are expressed in numeric and letter characters and are printed on the Euro-label attached to a tyre.

Are there any differences in tyre models for foreign and domestic markets? Yes, they are, but they are most likely related to the weather conditions of regions or countries where tyres are used, since the climate varies depending on the region. There are winter tyres with a tread pattern for a harsh winter (PREMIORRI ViaMaggiore Z Plus), even with studiable tread (Snowgard), where the roads are snowy or covered with ice. And there are winter tyres for mild winters (ViaMaggiore). 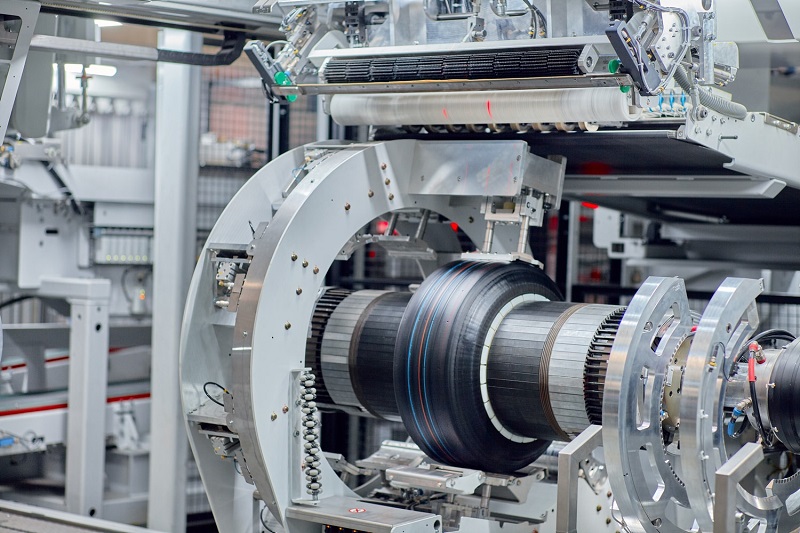 Thus, Rosava and Premiorri tyres sold in Ukraine and those exported abroad have the same safety and comfort characteristics. Journalists of independent automotive publications were the first to notice this identity, and in the mid-2010s, at their own peril and risk, they included new models of Bila Tserkva tyres in the comparative tests. And unexpectedly, these tyres were at the top of the ranking, behind only a few expensive premium models! Since then, the characteristics of ROSAVA TYRES 'products have improved even more, and this is not surprising.

It is noteworthy that the assortment of Premiorri brand tyres now includes big inch tyres, up to the 20-inch Premiorri Solazo S Plus 235/55R20. It demonstrates the increased image of the brand, because the "big inch" tyres are typical for expensive cars. 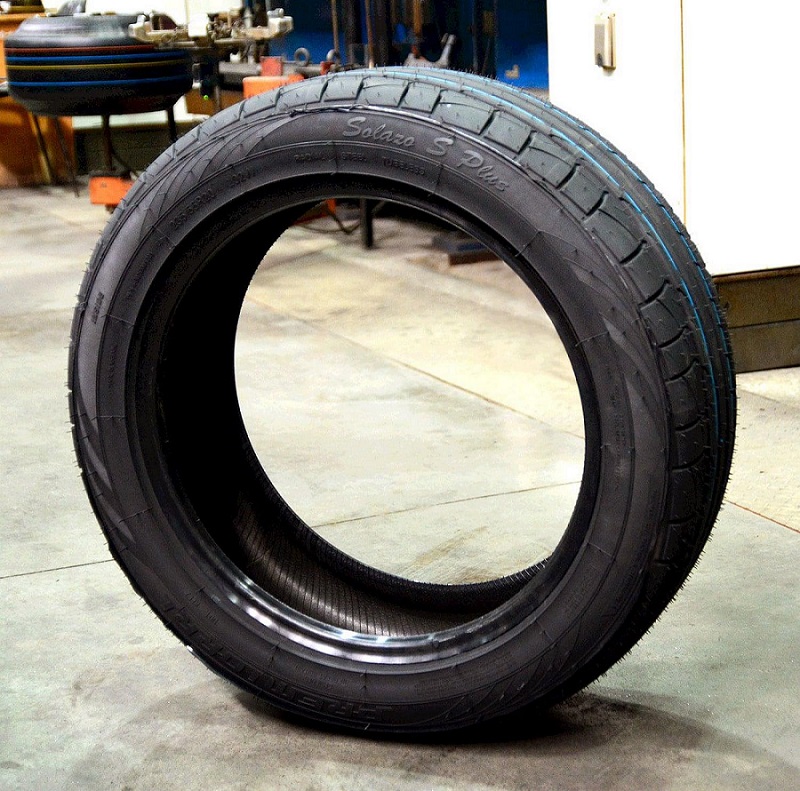 Over the past few years, the factory has been equipped with advanced high-tech equipment. There are several VMI EXXIUM Tyre Building Machines (VMI Holland B.V.), ten curing presses of Harburg Freudenberger (Germany) and ten curing presses of Uzer Makina (Turkey) for a full curing cycle of 15-22" tyres, what makes it possible to increase the production of tyres of these inches.

A set of new equipment and instruments is installed in the Central Laboratory: a high-precision rheometer MonTech MDR 3000 Professional, etc. It is the most informative test facility, which makes it possible to determine the tyre life and to improve its properties at the stage of design. It also opens the way to develop the advanced rubber compounding for high performance tyres.

Quality of finished products as for their initial characteristics (more than 20 parameters) is controlled by several quality inspection lines. Here we have another new facility - a modern line from the American brand Micro-Poise. It is a highly productive line that tests 3 tyres per a minute.

In fact, all recently purchased high-tech equipment is aimed at eliminating defects and the influence of the human factor on product quality.

Taking into account today's consumer requirements for the quality of tires, first for handling, safety and durability, the company is developing rubber compounds using modern technologies and new generation raw materials in order to improve the tyre performance.