Guide for Choosing the Right Tyres for Light Trucks

These days, light commercial vehicles are the main workhorse of small business. The success of the entire enterprise often depends on the correct maintenance strategy of the vehicle fleet. At the same time, a special light truck tyre is one of the main parts of the maintenance expenses. Our tips for choosing tyres for minibuses, vans and light trucks will help you to buy nice and avoid unreasonably high prices or having to buy twice. 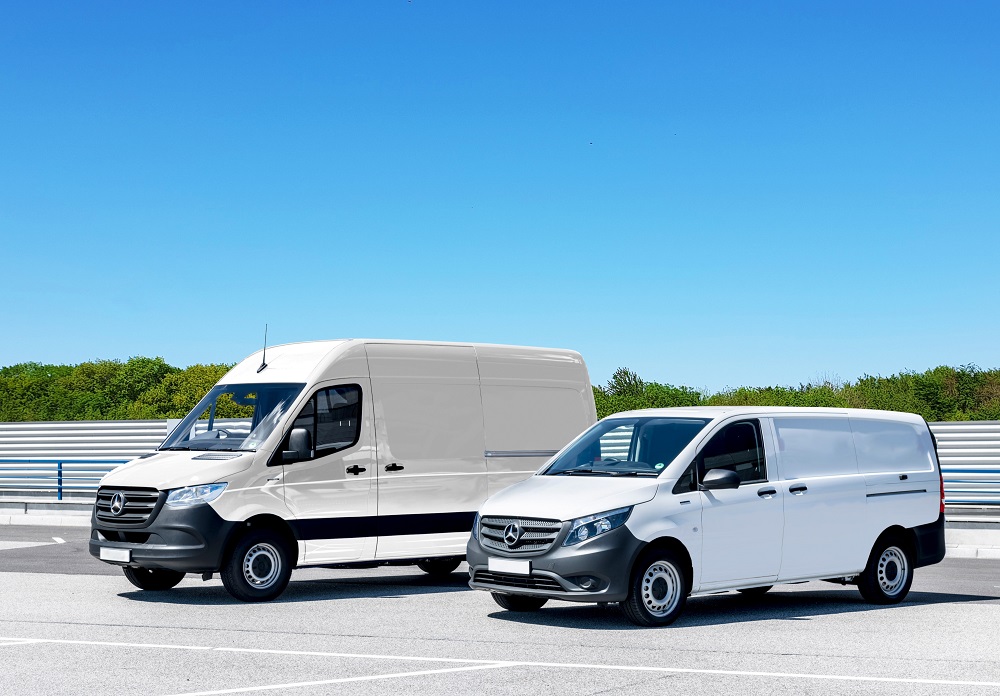 It is important to know all of these differences in detail to choose the right tyres.

Each tyre model has its load index value, which is lower for a passenger car than for a minibus or a light truck. It is an essential feature that makes a commercial tyre different in design: it has a stronger carcass with more load-bearing layers and a high profile, which, among other things, contributes to better heat dissipation. Therefore, the owner of a minibus shall know the load on each wheel and choose a tyre with the appropriate load index. Truck tyres usually have two load ratings – for single wheel use and for twin wheel use when the vehicle has twin rear wheels. 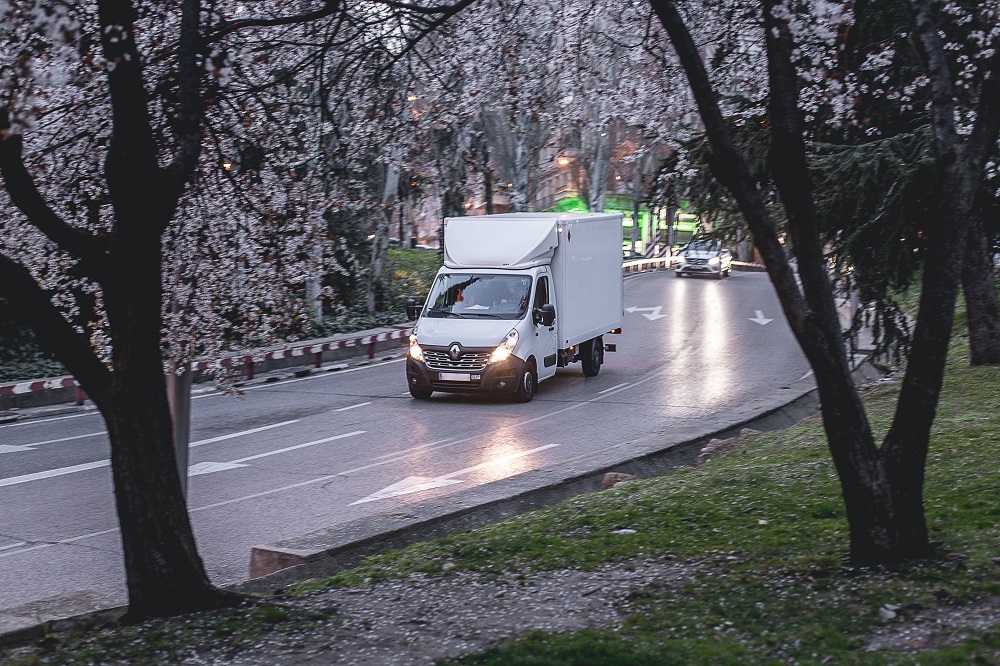 Truck tyres usually have two load ratings — for single wheel use and for twin wheel use when the vehicle has twin rear wheels. 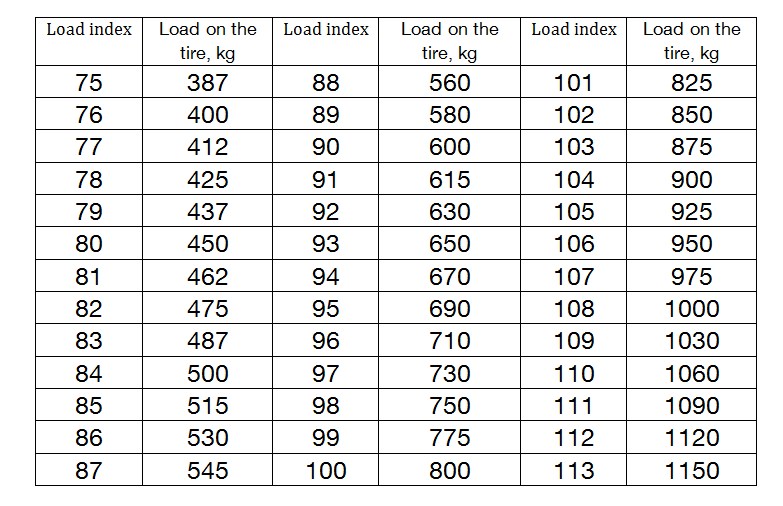 A truck tyre operated in harsh conditions from morning till night always has a certain margin of safety and endurance compared to a passenger car tyre to avoid any problems in case of overload or unprofessional tyre fitting.

The approach to purchasing tyres for a car involved in a business process and tyres for a high-speed passenger car is quite different. Commercial cars will do without the perfect speed properties of tyres, as steering responsiveness or handling at speed are not very important for them. In this case, the tyre life would be much more important – and not only in terms of the tread, but also the sidewalls and the carcass, as they do wear out as well. To increase the wear resistance of the tread, special polymers are added to the rubber compound of truck tyres, and to increase the tyre life, the carcass is reinforced. For better cooling, which also affects wear, a special tread pattern is used. To determine the wear resistance of the tyre tread, a special indicator is used – the tread wear index (more details below). 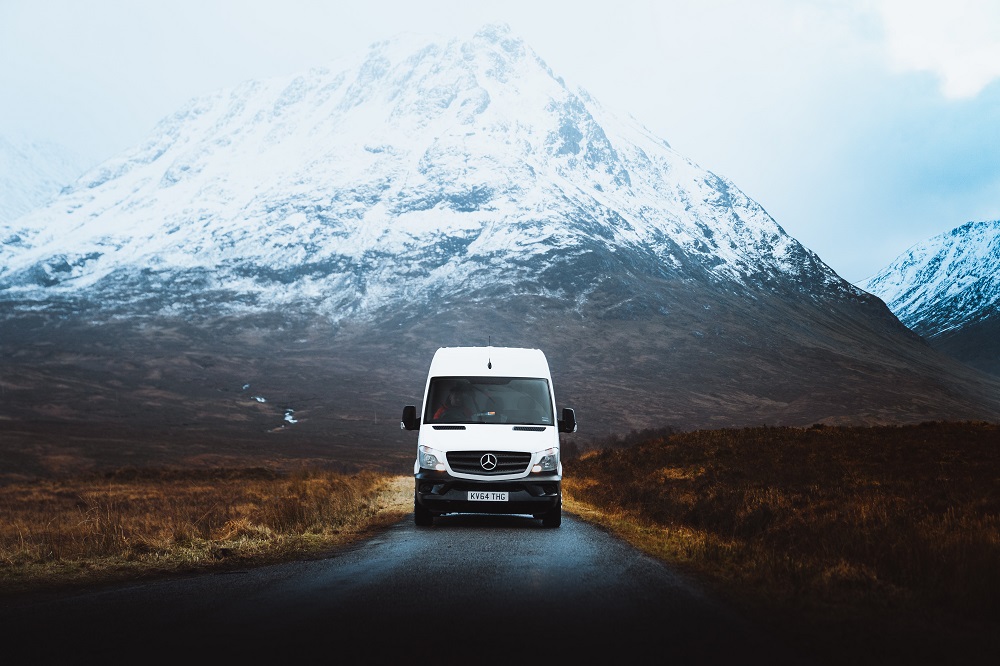 Unlike heavy truck tyres, light truck tyres are quite often purchased separately for each season. There are both summer and winter models, and winter models are in some cases designed as the best passenger car models. To maintain elasticity in the cold, fine silica is added to the rubber compound of the tread, and phenol-formaldehyde resin is added for better directional stability. At the same time, a significant part of light truck models is produced either as all-season ones or with apparent all-season elements on the tread.

Information regarding the performance of each tyre model is indicated on its sidewalls. But this data requires deciphering. Earlier we published information on tyre markings. Below, we will describe the most important symbols to know when buying new tyres. 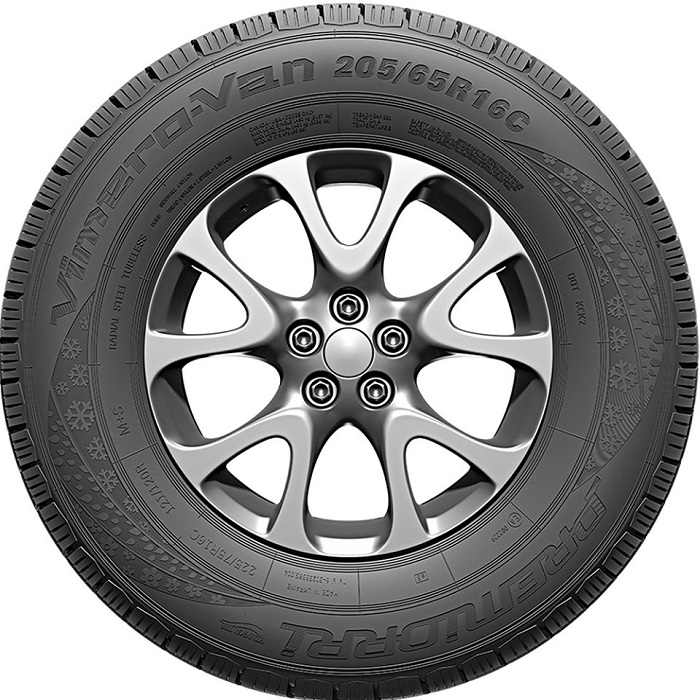 This is the most important tyre designation; the owner of a commercial vehicle should pay attention to the last letter – C (commercial). Some light truck tyres can be marked as LT (Light Truck) at the beginning.

The rest digits are the tyre size designation:

It is the tyre load index and speed rating. Both are determined by the information in the tables (see above). So, 112 means that the load on the wheel should not exceed 1120 kg, and the indicator 110 corresponds to a maximum load of 1060 kg. The letter after the load index is the maximum permissible speed. For example, R stands for 170 km/h, and P – for 150 km/h (the rest numbers are given in the table below). 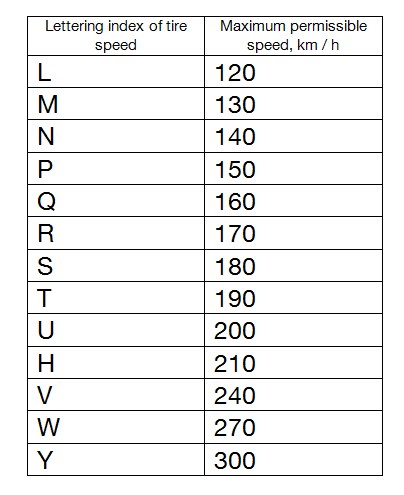 As a rule, the speed rating of a commercial tyre is lower than the one of a passenger car of the same size. 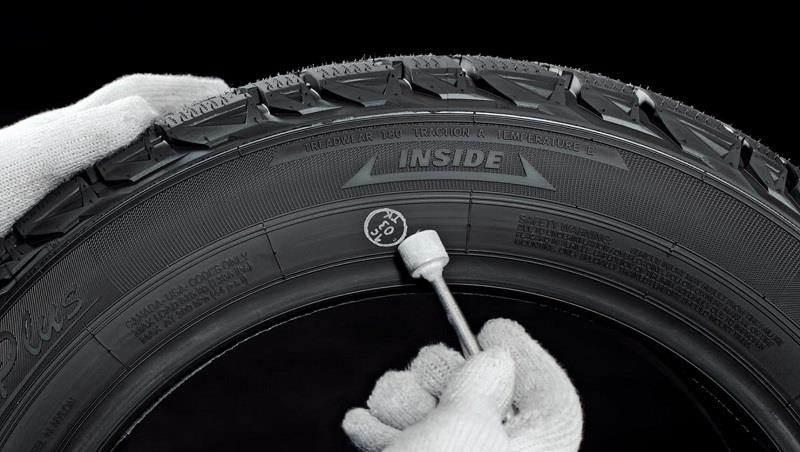 Manufacturers do not apply a tread wear rating to every model. In addition, the objectivity of this value in some cases remains questionable: the tested model is compared in terms of durability with a conventional reference tyre. There is no other method for assessing tyre wear resistance. The higher the tread wear grade, the better. Thus, the reference tyre has a grade of 100 units, while the most modern tyres are in the range of 200-500 units.

This number refers to tyre production date, where the first pair of digits means the sequence number of the week and the second – of the year. In this example, 29 is the end of June and 21 is the year 2021. Typically, this code is printed in a small, rounded box.

This marking stands for a tubeless tyre and means, that the tyre can be used with or without a tube. However, if the word “Tube” is printed on the sidewall, the tube is definitely required.

This is the maximum pressure to which the model can be inflated. The number after the words “Max Pressure” should be at least slightly higher than the recommendation of the car manufacturer.

These letters are followed by numbers which, in kilograms and pounds, represent the maximum load allowed for that tyre. In some markets, this label replaces the load index represented as a number discussed above. 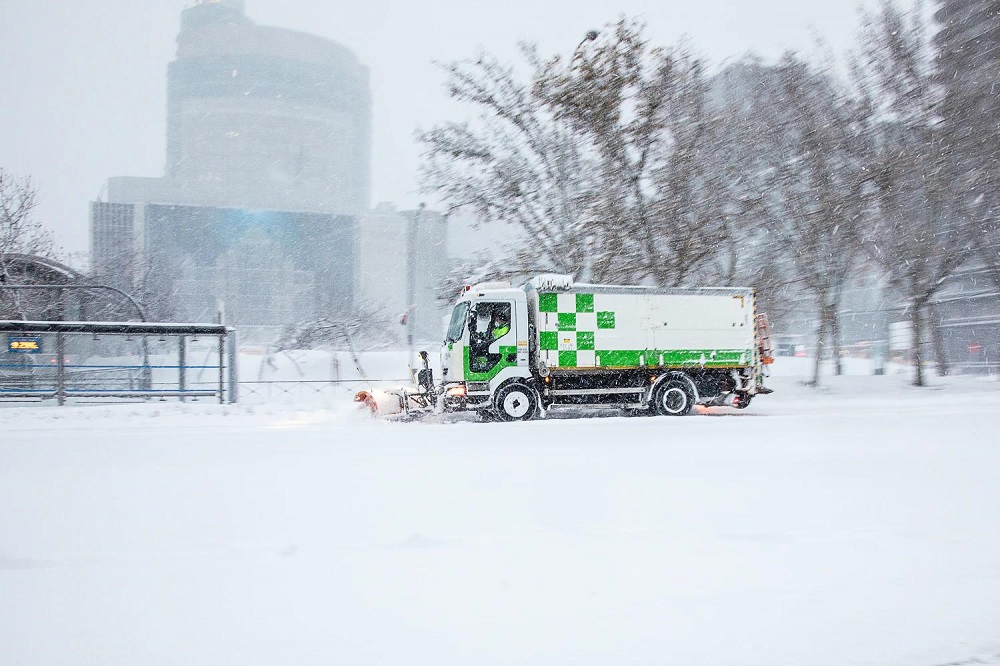 The inscription “M&S” (Mud & Snow), which indicates the type of road for which the tyre is intended, is a common marking of all-season tyres for commercial vehicles.

This pictogram is also called 3PMSF or “three mountain peaks and a snowflake” and refers to the marking of a winter tyre. 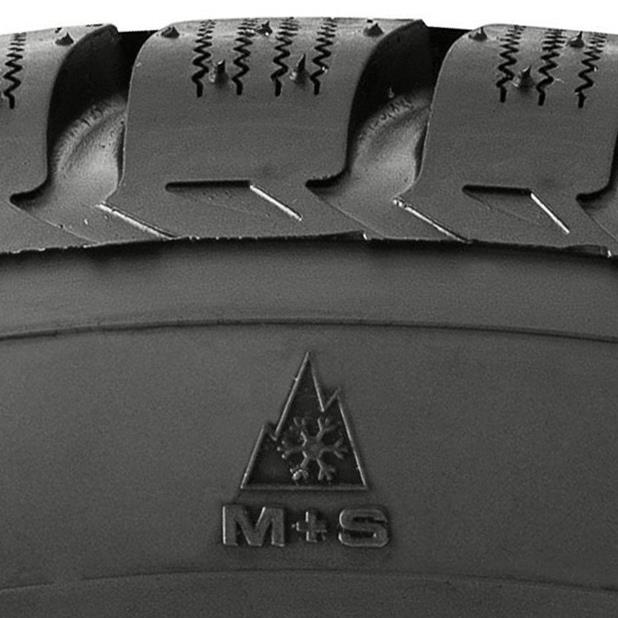 In conclusion, we would like to add that to choose a set of tyres for a commercial vehicle, you should compare the characteristics of several models. As for the reviews, pay attention to the recommendations of professionals, including consultants of specialized stores, and not only ordinary customers. 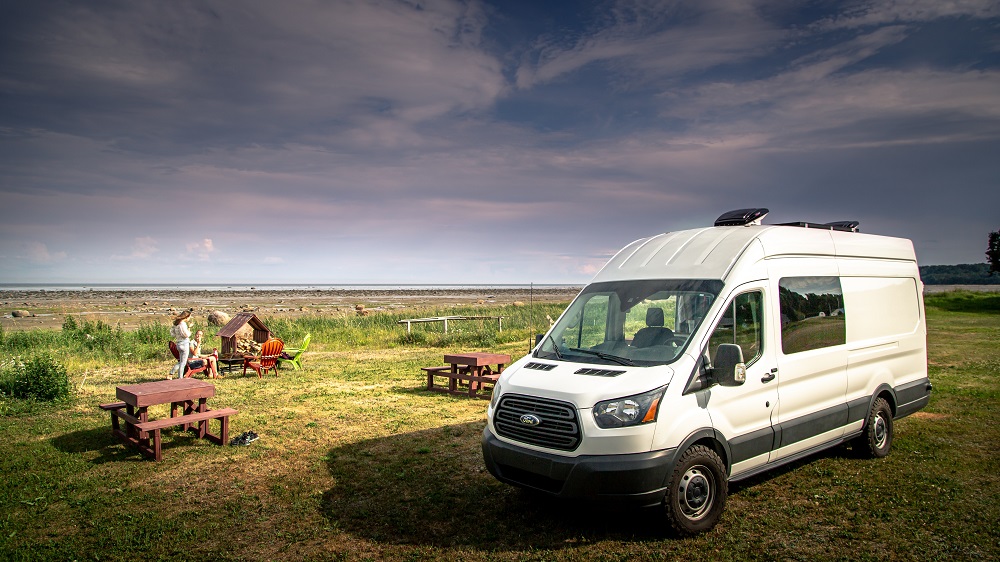