Studded tyres: who needs them, and how to choose ones?

The careful choice of winter tyres is always an important event that significantly affects the family budget. The price for the mistake is increasing dramatically when it comes to studded tyres. Therefore, it is so important to take into account the opinion of experts. 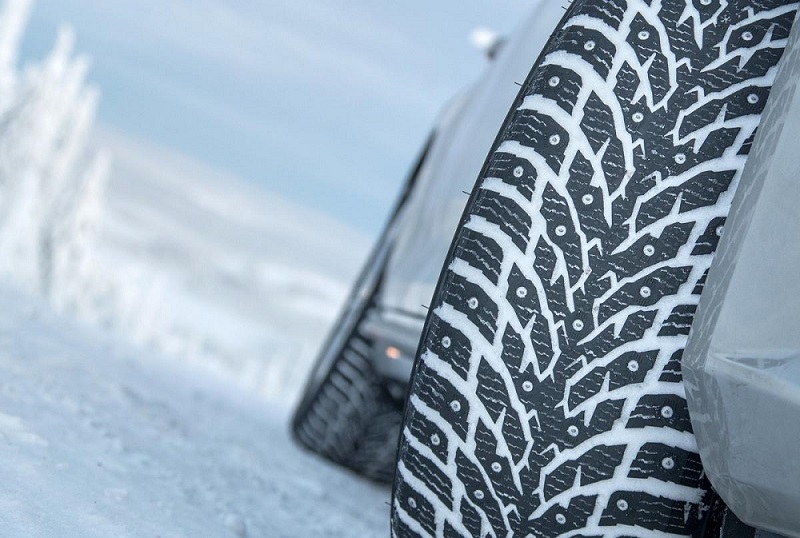 It is worth recalling that winter tyres are divided into European and Scandinavian (Arctic): the former are designed for mild winters with frequent thaws and rains, the latter for frost and snowy roads. But only the Arctic category tyres can be studded.

Studiable winter tyres have a tread pattern with large blocks without lamellae, where there is a space left for the stud holes. The rubber compounds of some models vary at different tread depth for a better studs installation. The rubber of the tread base is more rigid, and the upper layer of a studded tyre is usually softer than that of a friction tyre - this contributes to the better grip in a cold weather. Therefore, studded tyres can perform better in the asphalt braking test compared to frictional tyres. Despite the footprint area of the studded tyres is obviously smaller because of the studs, they often provide a shorter braking distance: soft rubber bears against the unevenness of the road surface better and the car decelerates more efficiently. 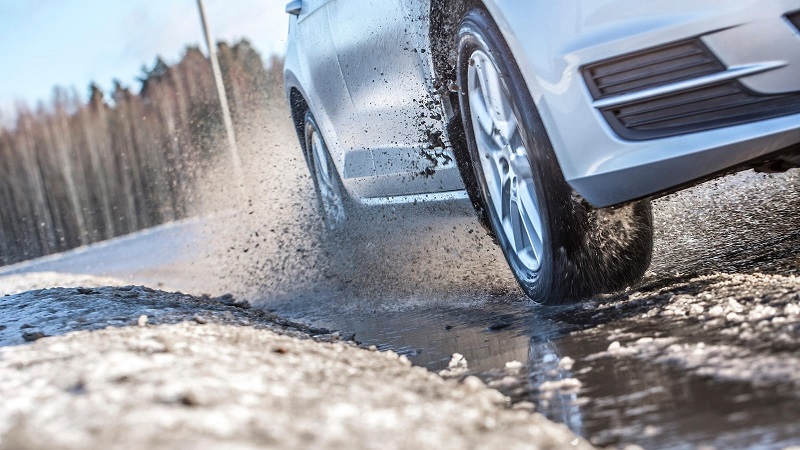 This is not entirely true if we are talking about Ukraine. For the regions where there is no snow on the roads and the temperature does not drop below zero, friction winter tyres will be the best choice. The studs will not particularly interfere, but at above-zero temperature and without snow cooling they will quickly overheat, "singe" the edges of the stud holes and fall out. Below you will find more about the tyre with empty holes and its drawbacks.

It is possible, but is not recommended. You will never be able to stud them correctly after that, and this is not the only reason. The empty stud holes will be plugged with small pebbles and sand, which is used for sprinkling the roads in winter. Such "filler" changes the softness of the tread and gradually destroys the tread blocks by expanding the holes.

That is not entirely so. If there are many studs, they shouldn’t be installed in a single line. Otherwise, ice chips will not be removed from under the studs whilst braking, and the tyre will "float" on them. There can be fewer studs, but if they are installed correctly, they will perform more efficiently than randomly "stuck" studs but in a large number. Moreover, in some countries, the number of studs per unit of the tread length is limited by law.

The short answer is yes, you can. However, a lot depends on additional factors. And they will be discussed below. 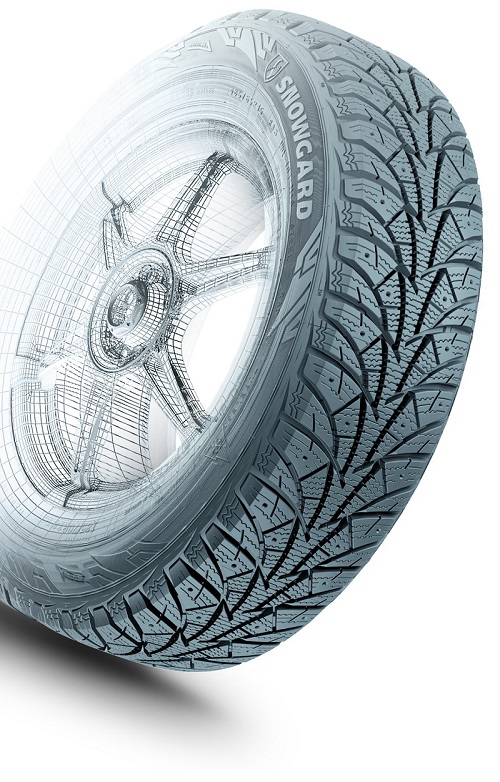 How to stud a tyre?

Only specially designed tyres can be studded. Today it is no longer possible to find tyres without the pre-molded holes, and rightly so because such holes cannot be drilled, even with a core drill. For proper studding, it is better to have a special stud gun that pushes the edges of the holes apart and inserts a stud into them with a force.

There are several conditions for proper studding: 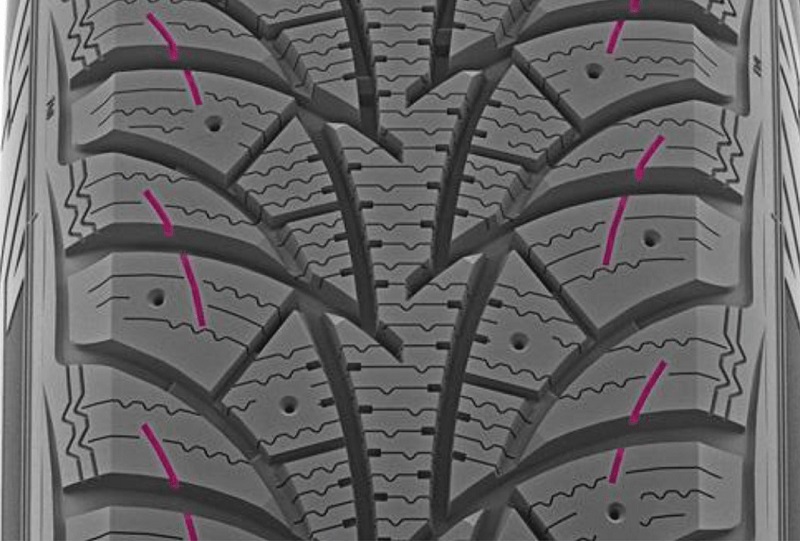 Modern studs differ in length, the number of flanges, the shape and material of the body, as well as the shape of the carbide insert – the core.

Most tyre manufacturers use studs with some branded feature, although their goals are pretty much the same: to make the stud as grippy and light as possible. Lighter studs have less impact on the road surface. Thus, they can be installed on a tyre in a greater number. So, the legislation of those European countries where studs are allowed restricts the number of studs up to 50 per meter of tread circumference with a mass of 1.1 g each.

Today, studs with an aluminium body are widely used, their weight can be reduced to 0.8 g. The plastic body is rarely used, except in repair studs, to increase their diameter.

Most studs have two flanges for better stability, and the lower one is often not round to prevent rotation of the stud. It is necessary for the correct placement of the stud with a core of a complex shape, which must be placed in a certain way in the tread. 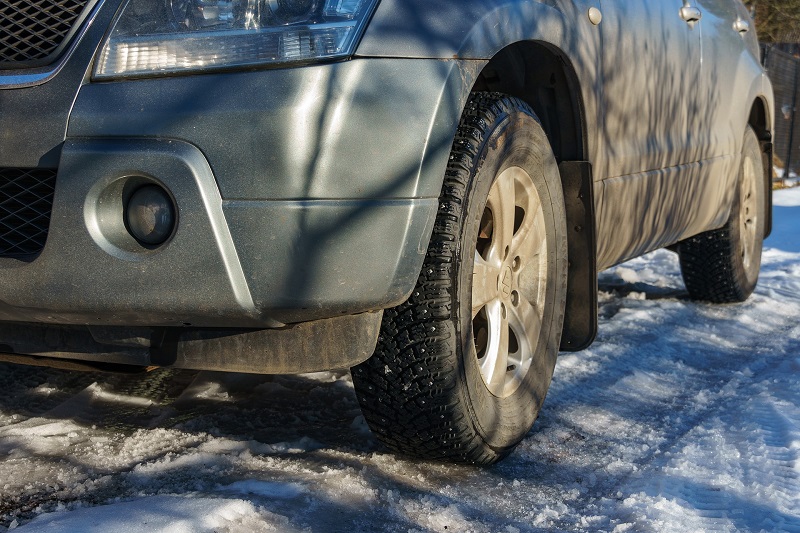 What is Repair Studding?

Loss of studs is perhaps the most significant problem that can happen to a studded tyre. If a tyre has lost so many studs that it does not have a reliable grip, it is worth considering replacing the tyre completely.

However, in some cases, the tyre can be repeatedly studded. This makes sense if the tyre tread is worn no more than 5 mm or if the stud holes are not too worn-out. But the problem is that the studs are usually lost precisely because the stud holes wear out.

First, their edges get damaged, and the hole diameter increases along its entire depth. Besides, the rubber near the stud often loses its elasticity due to overheating.

The problem can be solved by using studs with bigger diameter – repair studs. The task of the repair specialist is to select in each case a repair stud of the required diameter so that it fits into the hole tightly, with the necessary degree of tightness. It is also necessary to select the length of the studs properly, since the depth of the stud hole changes: it decreases due to wear of the tread, and increases due to loosening of the flange at the bottom of the hole. The length of the stud should be 1 mm longer than the depth of its hole. Thus, the success of repair studding also depends on the correct measurement of worn-out stud holes. 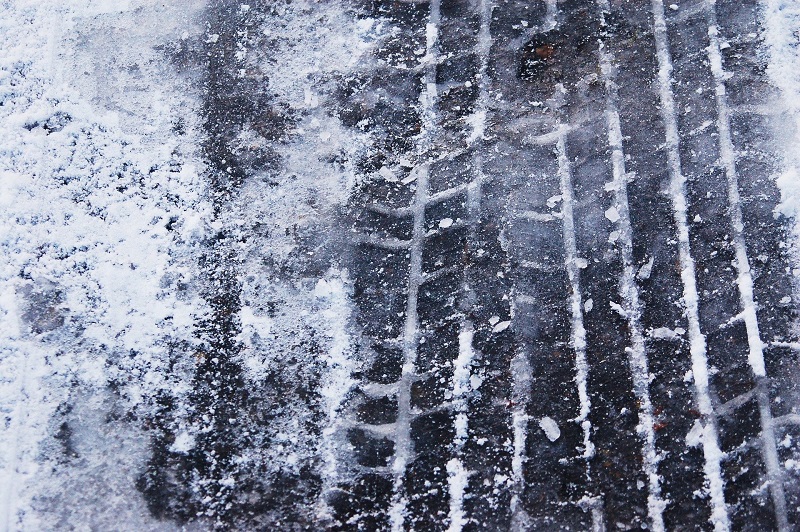 How to Drive with Studded Tyres

Winter tyres with studs are not a panacea, they cannot solve all problems of driving on a slippery road. However, the studs significantly improve acceleration, braking and handling on ice and packed snow, especially at temperatures up to -20 °C. 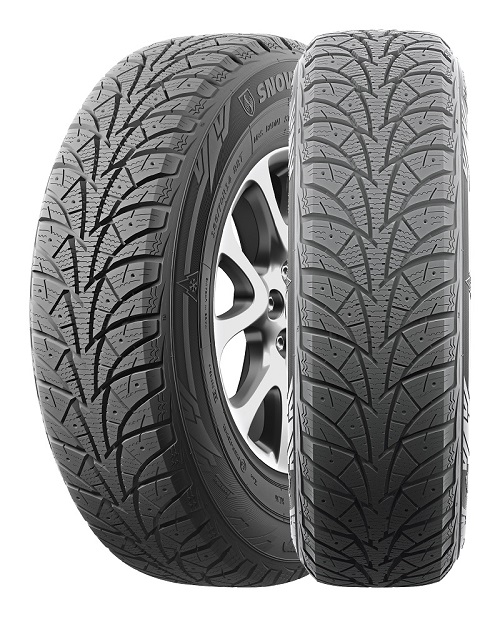 After mounting new studded tyres, they shall be run in.

For better preservation of studs on such tyres, you should not:

Also, the following manoeuvres can reduce the life of studs:

To avoid overheating of the studs:

In general, if you are a calm and even-tempered driver and your car does not claim the status of a street racing car, you do not need to know any special manoeuvres for driving with studded tyres.