The comfort of modern cars often makes it difficult for drivers to feel the danger of driving in bad weather. Rain, wind, snowfall, ice or more severe force of nature outside, the interior of the car is still quiet, warm and comfortable. Therefore, a driver (and this is his/her main mistake!) drives the car at the same speed as under favourable weather conditions. However, he/she does not take into account that the car responds in a completely different way. 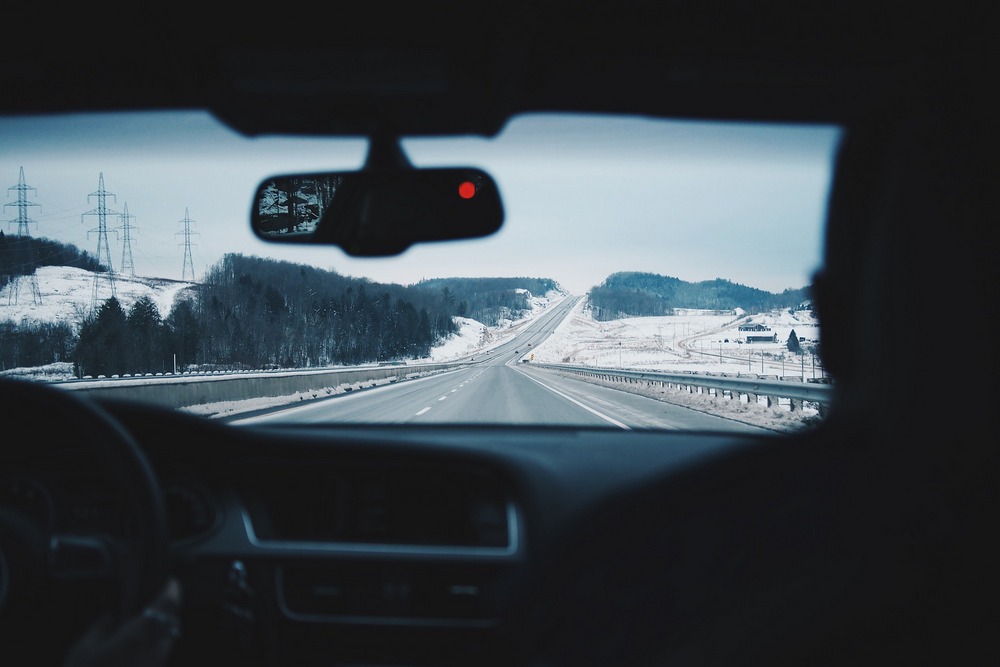 Summer rain means a wet road and poor road visibility. Wet asphalt leads to lower grip, and poor visibility does not allow a driver to notice an obstacle in time. 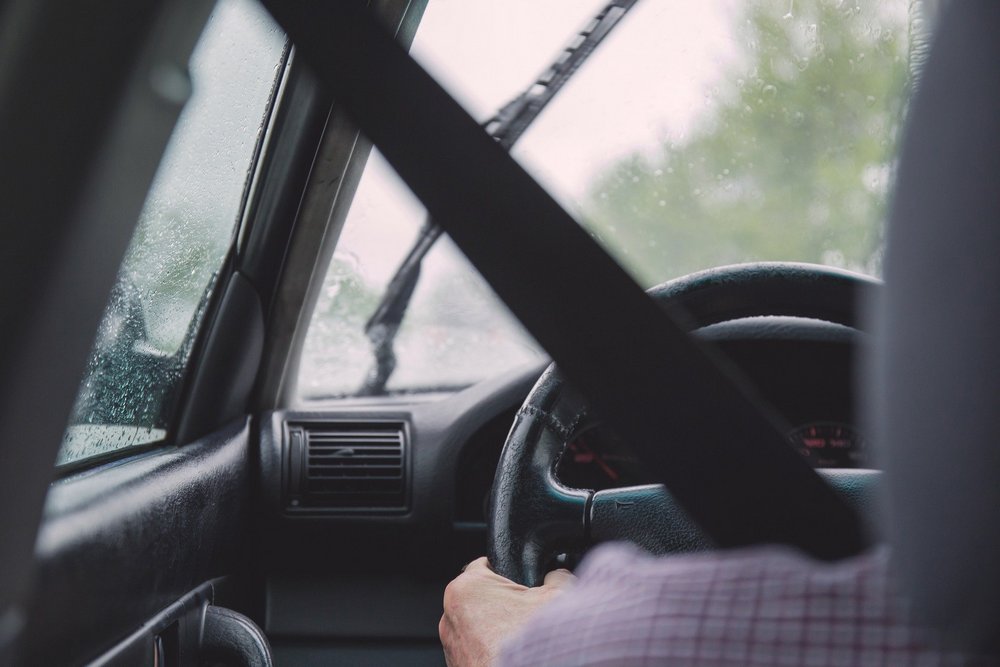 The most important for safe driving in bad weather conditions at any season is correct speed.  One should drive slower in rain than in fair weather. Speed should be at least 30% lower than the speed under normal conditions. Of course, wet asphalt is not ice, but the speed must be slowed down both on turns and on straight sections of the road. Wet tyres have lower grip when braking and cornering. The car brakes slip or skids when speeding. Besides, aquaplaning appears. Of course, electronic systems of modern cars help the driver, but they do not guarantee complete elimination of dangers. For example, when braking on a wet surface, the Anti-lock Braking System, keeps the car from turning, but increases the braking distance.

Attention! Watch the road carefully as it may be covered with wet and slippery dirt from construction machinery or tractors from nearby fields. In autumn, wet fallen leaves can be added to this. 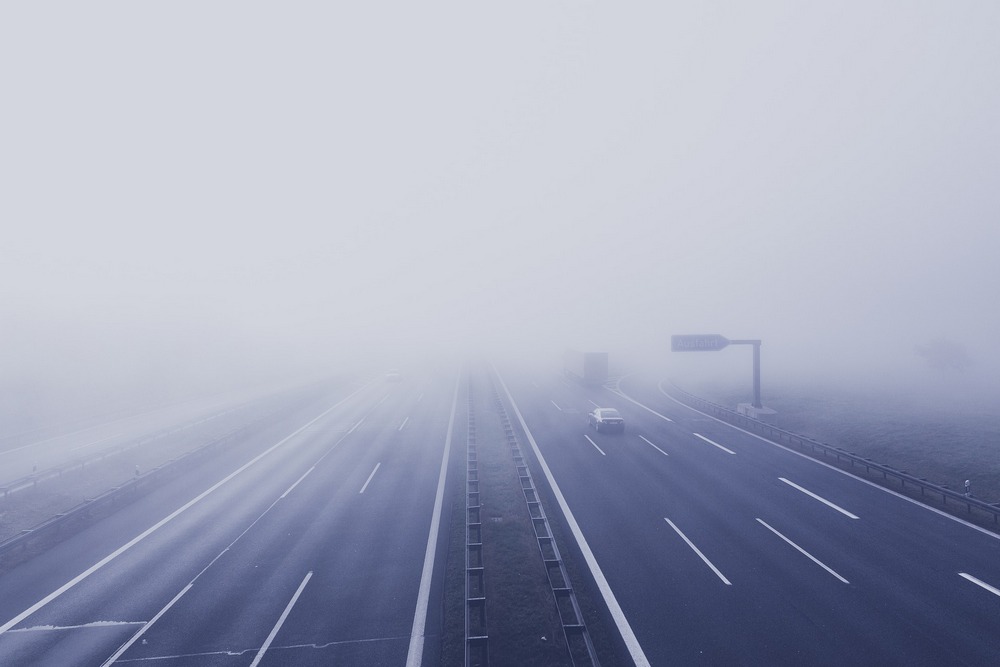 Suspended water in the air is not much different from rain in terms of its impact on the roadbed. This moisture is enough to soak the film of dust and rubber crumb from tyres that covers the asphalt and turn it into grease under the wheels of a car. However, the strict speed limits in foggy conditions are not only due to the road surface. Fog is dangerous in another way as well.

Self-control.  In dense fog, the driver initially drives carefully and tries to control the speed and distance of sight. However, long driving in suburban conditions quickly dulls vigilance: the car slowly drives in "white milk" for 5 minutes, 10 minutes, half an hour - and nothing happens. The driver loses caution and increases speed so much that when he sees the taillights of another vehicle, it is too late to do anything. Therefore, the main thing when driving in fog (and in general in conditions of poor visibility on the road) is to constantly control yourself and the speed of movement.

Above all, remember to use winter tyres. Whenever possible, winter tyres should be newer, with maximum tread depth, which is critical in snow and ice conditions. 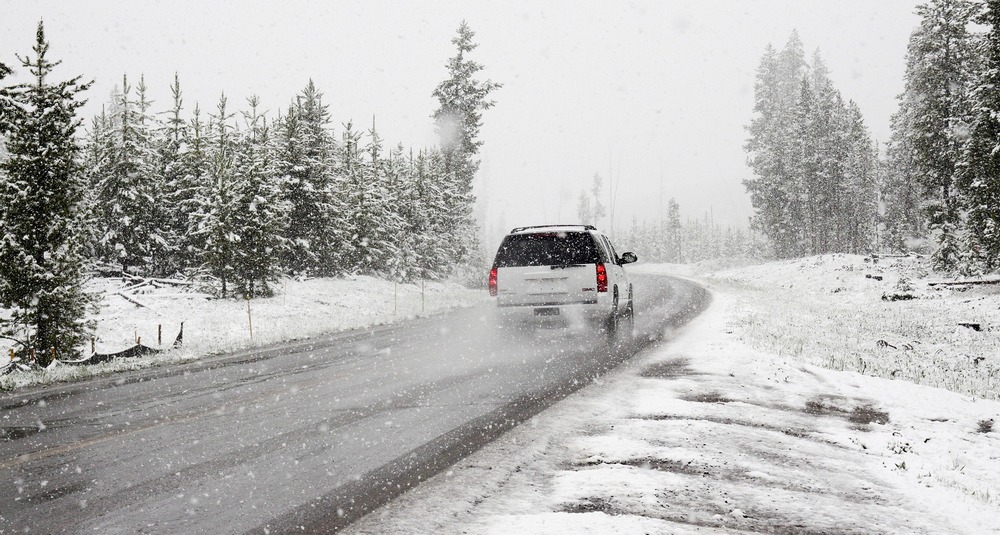 Slippery road. Snow affects tyre grip on the road far more than rain and other summer precipitation. Braking distance increases not only with hard braking, but also with deceleration. Therefore, you need to use the brake pedal less often, and more often use the engine for this. Turnings should be at low engine speeds with a pre-engaged gear, avoiding braking when the car is on a curve. When starting a turn, you need to be prepared that the manoeuvre will increase due to the drift (or skid) of the front axle, so you need to leave more space for manoeuvre. Distance with a vehicle in front should also be increased.

Slipping. Compacted snow or ice on the road not only interferes with braking, but also prevents starting off. The most acceptable way to combat slipping is to start off with the lowest possible speed, start from second gear, or stop the car in such a place where it will be convenient to start off later.

Bad weather is always associated with limited road visibility. Therefore, in such conditions, it is necessary not only to reduce the speed, but also to put on the low beam headlights not only when driving, but also when the car is not moving. This is required for safety reasons, if the car is located close to the roadway. Fog lights should only be put on when visibility is limited. Be careful with the rear fog lamp. It can only be activated in heavy fog or snow otherwise it will blind other drivers.

Summarizing the recommendations for driving in bad weather conditions, it should be said that the main thing for a driver in winter is reduced speed and increased attention. 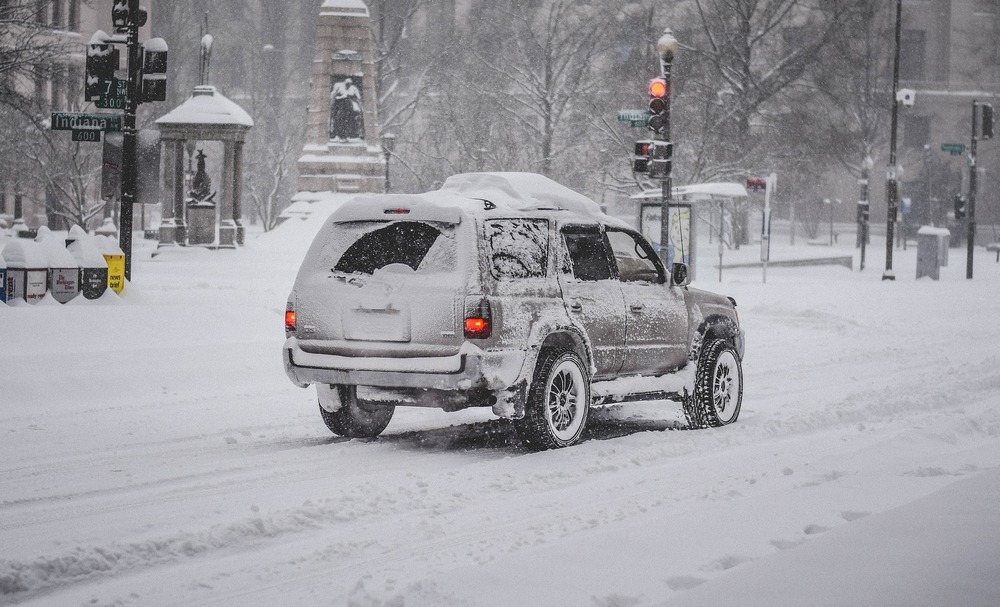