Size is not the only difference between truck and passenger car tyres; truck tyres have their own special world with its own values and selection criteria. The main difference in truck and passenger car tyres is the purpose of the vehicles they are used on. Usually, the passenger car is considered to consume money from the family budget, and the truck – to make it. That’s why tyres for trucks are usually chosen very carefully. But the issue is not only about the money. 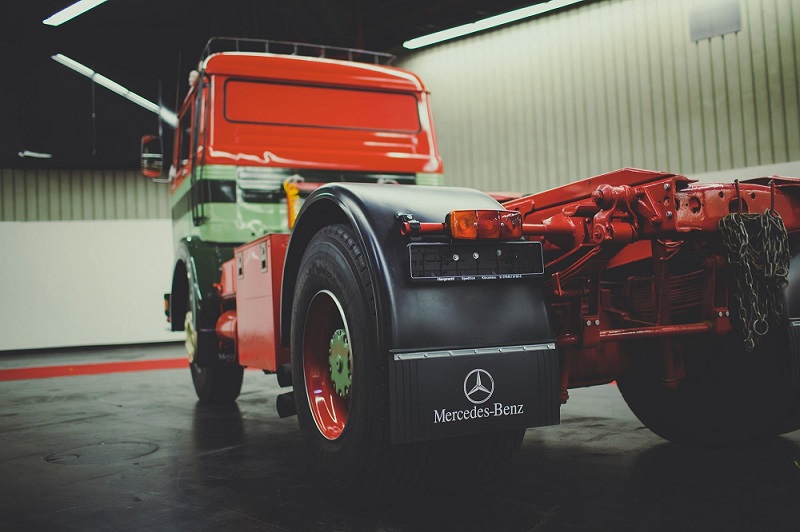 Every millimetre of tread wearing out has its effect on the cost per ton-kilometre, making the price of truck tyres and their durability the most important criterion. When the owner of even some small truck fleet wants to change the tyres, fair amount of money is at stakes. And the less frequently it occurs, the better.

In this situation, controllability, aquaplaning and cornering stability at high speed as well as other characteristics important for the buyer of passenger car tyres take second place. Besides, the physical properties of the truck’s and passenger car’s movement are different: a heavy multi-wheeled and multi-axle vehicle is more stable, it is not intended for manoeuvring at speed, has to brake less and is more resistant to damages because of pits and potholes.

Thus, the wearing out of truck tyres is not affected by the driving style of the “pilot” or the quality of the roads, as in case of passenger tyres, but by the load and pressure control in the tyre itself. The truck tyre is sensitive to both overloads and driving under load at reduced pressure.

Another important difference is the possibility to restore the tread of the truck tyre. Passenger car owners have already forgotten about the so-called “retreading”, but it is still relevant in the field of commercial transportation.

Truck tyres are intended for a greater load than passenger car tyres, so they have a more massive look: high profile, deep tread and large tread grooves. The second key parameter after diameter at rim seat is the load capacity, expressed by the load index. So it is not surprising that truck tyres have a high profile and a rigid multilayer carcass.

There are tubed and tubeless truck tyres, and the same tyre model can be produced in both versions. In case of the tubeless tyre, it is has an inner liner inside, so the rim strip (flipper) is not required.

To ensure a longer operation life, truck tyres have a deep tread up to 17–28 mm and are vulcanized from an abrasion-resistant rubber compound.

Classification of tyres for trucks is somewhat different than passenger car tyres classification.

Load index is determined by the car manufacturer. There are light commercial vehicles (pickups and vans with load-carrying capacity of up to 4–5 tons), medium trucks for regional cargo transportations and heavy line-haul trucks. Tyres for vans, unlike tyres for heavy-duty vehicles, feature comfort characteristics. A typical representative of this tyre family is the popular model Rosava LTA-401. 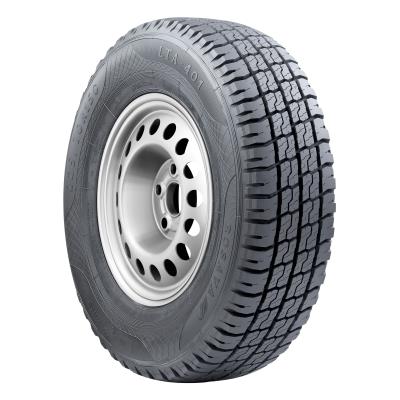 Axles. Different tyres can be used for front steering wheels, for drive axles and for freely rolling wheels. Steering wheels are indicated by the index F (forward), the main difference is in the tread, which provides reliable traction at any angle of rotation of the wheels. Tyres for driving axles (with D index – drive) have a complex tread and reinforced sidewalls. Simply put, these two groups of tyres are tyres for tractive vehicles. And tyres for trailers and non-drive axles of cars (index T – trailer) do not have transverse grooves in tread; their task is to maintain the direction of movement given by the other axles and provide minimal rolling resistance. Most often, this marking of truck tyres relates to heavy trucks for line-haul transport. For other classes of vehicles, there are universal models (index Z), such as “Rosava БЦ-342” and “Rosava И-111 АМ”, high-speed, with high wear resistance and low rolling resistance.

Winter/Summer. Most truck tyres are all-season, although winter tyres for trucks can be found in some northern countries. Winter truck tyres are not very widespread due to their price and usually pretty acceptable conditions for the winter operation of heavy-duty vehicles.

Road conditions. In addition to the well known classification into road and off-road tyres, truck tyres are divided into several more subclasses: long-haul tyres for “long-haul” heavy-duty vehicles operating on high-quality roads. For regional cargo transportation, multi-purpose tyres, such as Rosava БЦ-38 are used. There are also tyres for building machines and other heavy-duty machines working in different road conditions. Truck tyres sometimes also belong to this category, for example, Rosava И-337, which is well-suited to stony unprepared road surface. As for off-road tyres, they are distinguished by a tread pattern with increased cross-country ability. Rosava company has such models as КИ-113 and ОИ-25 АМ, which can work with air pressure control systems on the go in heavy off-road conditions.

So, to choose tyres for trucks, you need to know not just the characteristics of your equipment but the exact conditions of its operation. It also proves the professionalism of both the driver and the owner of the fleet of commercial vehicles.