How to choose the right winter tires for your car?

Cold weather requires replacement of summer set of tyres with a winter one, as this is the only way to ensure comfort and safety on snow- and ice-covered road. It is very important to know how to choose winter tyres which will last as long as possible and perform their functions properly. 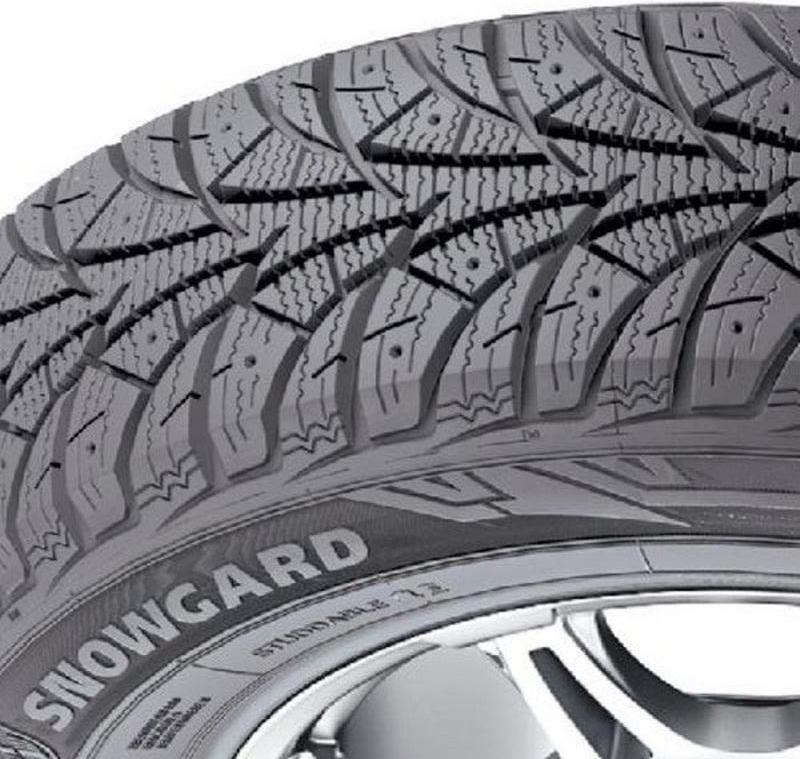 The Benefits of Winter Tyres

Winter tyres differ from summer and all-season tyres not only in tread pattern. Each manufacturer selects unique chemical compositions suitable for operation of tyres in a certain temperature range, out of which the performance of tyres deteriorates. At low temperatures, summer tyres are less elastic and no longer able to provide proper traction, minimal braking distance and other essential characteristics.

Many car owners think all-season tyres can be used year-round, but in fact such tyres are not intended for severe frosts. They are designed for use in moderate weather conditions and on high-quality road surface (dry or slightly wet). Ideally, all-season tyres are designed primarily for the off-season as addition to the winter and summer tyre set.

That is why, one shall mount tyres suitable for the current season. Manufacturers recommend mounting winter tyres when the temperature is lower than +5 °C for several days. With the weather conditions in Ukraine it is recommended to change tyres in late October or early November.

To choose good tyres, one should know the features of each type of winter tyres. Depending on the type of construction, there are studded and friction winter tyres. The latter are divided into two classes: Scandinavian and European. Let us consider the features of these three types of tyres, which are suitable for operation in certain climate conditions, in more detail.

The construction of such tyres implies metal anti-skid studs, which provide the best grip on wet, snow- and ice-covered roads, as well as high-quality and accurate braking. Studded tyres are commonly used for driving on hard, dry and ice-covered surfaces.

Since the tyres have such unique features, they are quite noisy. In addition, they lose their properties and wear out quickly on dry asphalt. Studded tyres are suitable for those who spend a lot of time out of town or live in small towns, where roads are often ice-covered. For those who live in big Ukrainian cities, where roads are constantly sprinkled with reagents, studded tyres are disadvantageous. 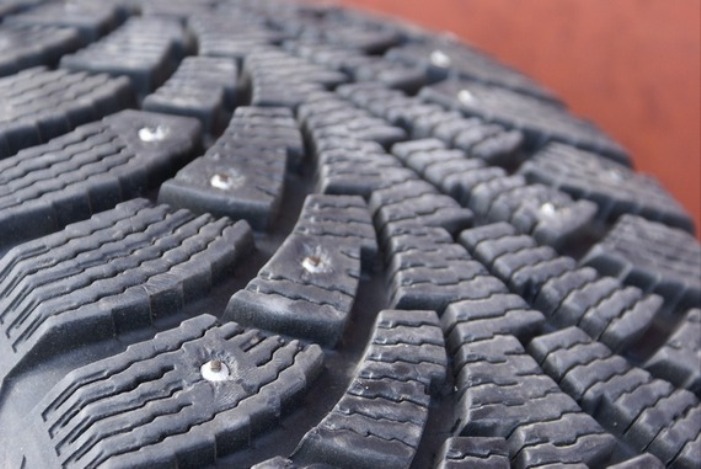 Such tyres have similar properties to studded models – the main difference is absence of studs. “Scandinavian” tyres are designed for operation at very low temperatures and on snow-covered roads. Necessary road grip properties are provided due to large number of lamellae in tread pattern, which squeeze the snow out.

Winter tyres of Scandinavian type are soft, which is why they are not very efficient on ice and wear out faster on dry asphalt. It is advisable to use such tyres in regions with heavy snow and long, cold winters. With such tyres, you don’t need to worry about snowfalls and large snowdrifts. In addition, these tyres ensure high speed, easy cornering, sharp acceleration and braking.

These tyres are the exact opposite of Scandinavian tyres. Velcro tyres are optimal in regions with mild and humid winters with frequent rains, and roads constantly covered with wet snow. Non-studded tyres provide good grip on slush even when driving at high speed. But one should be careful when driving with such tyres on icy road and packed snow. European Velcro tyres are usually suitable for driving in a city or on clean paved road at low temperature.

When is it High Time to Buy New Tyres?

It is a very important question for many car owners, as it is obligatory to mount winter tyres as cold weather sets in. 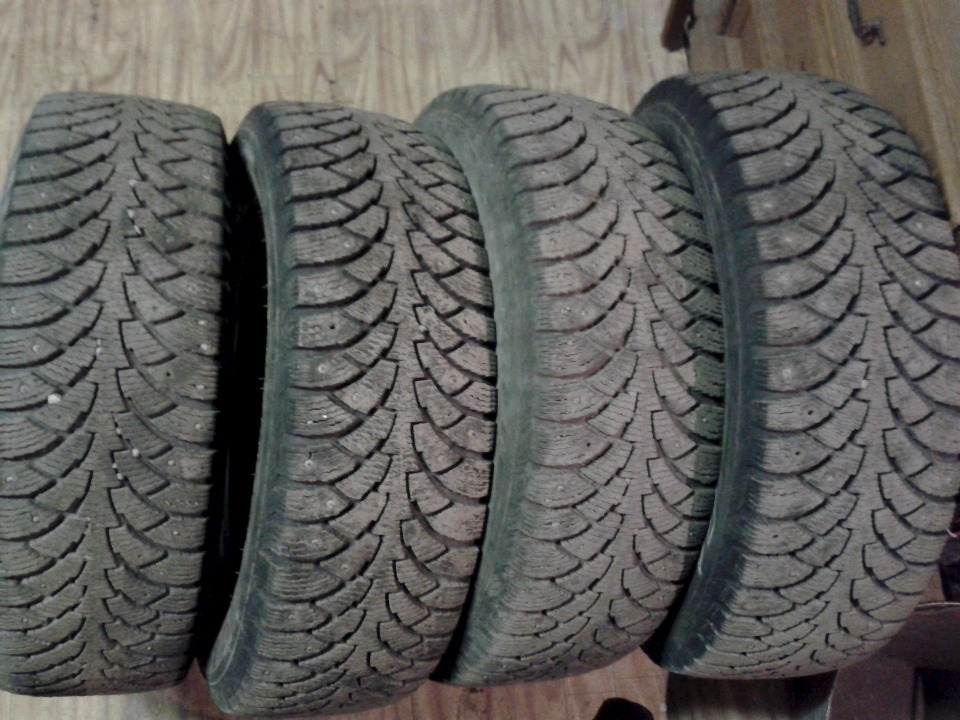 It is important to determine the degree of wear of winter tyres. To do this, measure the maximum residual height of the tread pattern, and if it is not less than 1.6 mm (for passenger tyres), then you can still use the tyres. In case of studded tyres, they should have a sufficient number of studs and no rust.

To buy the right tyres, one should read the marking, which includes the date of manufacture. It consists of four digits which indicate the week and year of the tyres’ production. If there are only three numbers, the tyres were produced in the last century.

May I Mount Winter Tyres Only on Driving Wheels?

It is a very common question, since many car owners in Ukraine believe that winter tyres are needed only for good braking, quick starting on ice and packed snow. But there are quite a few other functions winter tyres perform. 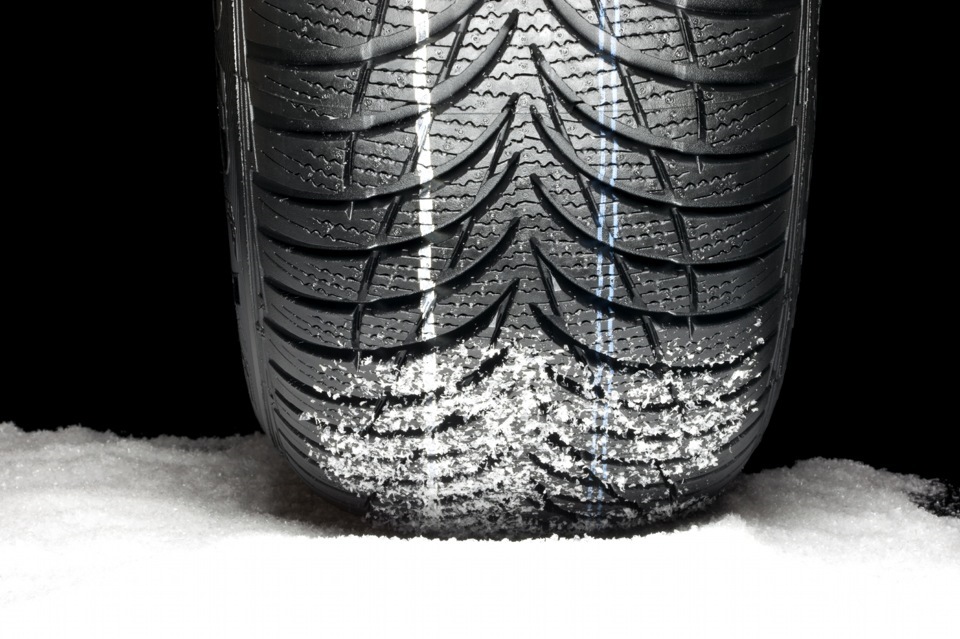 Slippery roads are very treacherous. It is common for a car to get stuck in an ice rut even with studded tyres. And what would happen if winter tyres were only on one axis, and regular summer tyres on the other? The latter would get stiff in severe frost and could crack, bringing the car into sidewise skidding even in the easiest areas of the road and at low speed. Certainly, much depends on type of drive, but risking your life and the car itself would be a stupid and dangerous decision. That is why winter tyres shall be mounted on all wheels.

We should keep in mind that the dynamics of a car with summer and winter tyres is very different. Winter tyres are made to provide good grip on snow- and ice-covered roads. Winter tyres have greater depth and number of lamellae in tread compared to summer models, ensuring more efficient grip. But at the same time it leads to slower response of a car. 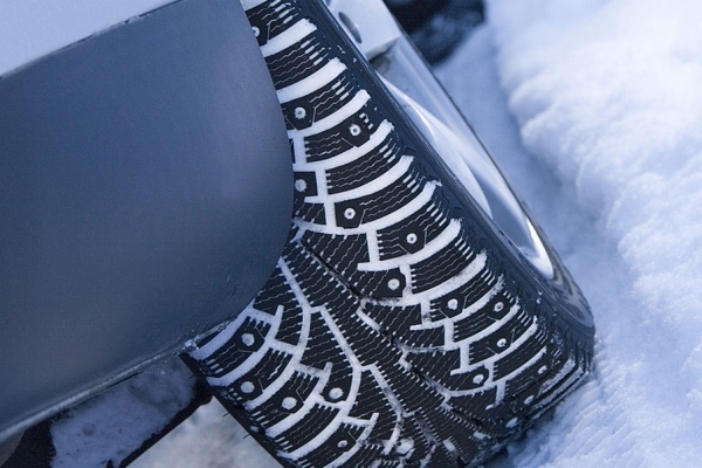 In production of winter tyres, softer rubber is used to retain flexibility at low temperature. It significantly affects the recommended speed limit, which should not be violated to avoid fast tyre wear. In addition, to prevent the rubber from sticking to the mould during vulcanization, the tyre is coated with a special lubricant which remains on the surface of new tyres reducing road grip. To get rid of this lubricant, a car should run a few hundred kilometres without rapid acceleration, sudden braking and sharp cornering. This suggests that running of new winter tyres should be done before the first snow and frost.

Choosing specific models of winter tyres, one should understand how to read designations in markings. Let us consider a specific winter tyre and how its marking interprets: NAME P215/65R15 95H M+S • TREADWEAR 220 • TRACTION A • TEMPERATURE A:

The marking may have additional designations as follows:

Most of the designations are indicated for information only, but some of them should be examined closely: section width and height, load index and speed rating, treadwear grade and braking performance.